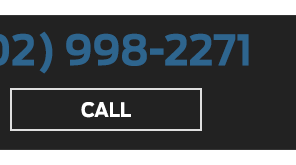 In Store Pricing may be lower than prices displayed online.

This 2010 Kia Forte Koup EX in Titanium Metallic knows how to put a smile on your face. Powered by a sporty 2.0 Liter 4 Cylinder generating 156hp while connected to a fun-to-drive 6 Speed Manual transmission to make the most out on the road. Driving this Front Wheel Drive Coupe proves to be a worthy companion as it earns near 31mpg and garners attention with 16-inch alloy wheels and smooth lines.

This fun EX trim is filled to the brim with features you are sure to love. Air condition keeps you cool while you drive through the city and enjoy supportive cloth seats, power windows/locks, keyless entry, cruise control, and the AM/FM/CD/AUX/USB audio system with available satellite radio.

Kia certainly didn't skimp on safety - our Forte Koup is loaded with traction and stability control, assisted 4-wheel ABS, brake assist, LATCH for child seats, tire pressure monitoring, front-seat active head restraints, and plenty of airbags. Print this page and call us Now... We Know You Will Enjoy Your Test Drive Towards Ownership!


BRANDYWINE CHRYSLER JEEP DODGE RAM ,Serving the Tri-State area for over 40 years Call us at 1-302-998-2271 or visit us in the web at www.brandywineautos.com.

Model Overview
The Koup is offered in two different trims, EX and SX. The EX is powered by a 156-horsepower, 2.0-liter 4-cylinder engine, while the SX gets a 173-horsepower, 2.4-liter four. Both engines get continuously variable valve timing (CVVT) to help optimize performance and fuel economy, but transmission offerings are different; EX models offer a 5-speed manual gearbox or a 4-speed automatic transmission, but SX trims have either a 6-speed manual or 5-speed automatic. They're both quite fuel-efficient, but the 2.0-liter is the better of the two, with ratings of 25 mpg city, 34 mpg highway with either transmission.
The Forte Koup rides on struts and coil springs in front and a torsion-beam setup in back, with stabilizer bars front and back. Engine-speed-sensitive power rack-and-pinion steering works well in feeling tight and responsive in corners yet requires little effort for parking situations. On SX models, the suspension gets a firmer tuning for improved handling and an upgrade to 17-inch ten-spoke alloy wheels, but in either case the Koup rides quite well.

The Koup has details and styling cues that help it bear a strong likeness to that of the Forte sedan, but with a lower roofline and overall length that's two inches shorter, the Koup's profile is quite different than the sedan's, especially from the side. The back seat is adult-sized, though entry is a little tight; it's split 60/40, and the seatbacks can be folded forward, almost flat, to extend the cargo floor for large items.

On the SX, the interior is dressed up with a sportier look and feel, including red contrast stitching, a leather-wrapped steering wheel and shift knob, metal pedals and trim, telescopic steering, and speaker lights that flash to the beat of music as it's played.

Kia equipped the Forte Koup to appeal to young and tech-savvy shoppers, so Bluetooth connectivity is standard, as are voice-activated functions and steering-wheel controls. A USB input, auxiliary input, iPod interface and Sirius satellite radio are also included with a 6-speaker sound system. Several other premium features like heated mirrors, keyless entry and cruise control are also included with the base EX. The SX models, in addition to all the performance upgrades and appearance extras, gets fog lamps, upgraded sport seats with active headrests, and a trip computer. In addition to the expected side and side-curtain airbags, electronic stability control is standard even on the base EX, as are anti-lock brakes.

Among the top options offered on the Koup are a sunroof, and a Leather Package that brings leather upholstery, heated front seats and on the EX, an upgrade to the leather-wrapped steering wheel and shifter.

* Pricing - All vehicle pricing shown is assumed to be correct and accurate. Dealer cannot be held responsible for errors in pricing in the event of a mistake. Incentives, credit restrictions, qualifying programs, residency, and fees may raise, lower, or otherwise augment monthly payments. Additionally, incentives offered by the manufacturer are subject to change and may fluctuate or differ based on region and other considerations. Unless otherwise noted or specified, pricing shown does not include title, registration, or tax fees and costs. Price subject to change.

* MPG - Vehicle information, as well as features and other inclusions, may vary by model and are based exclusively on standard equipment. No claims, warranties, or guarantees have been made related to the accuracy of customer payments, model equipment, or vehicle pricing. Please call with any questions you might have and to reassert the accuracy of any information presented here.

Use this shortened URL to share your current search results.